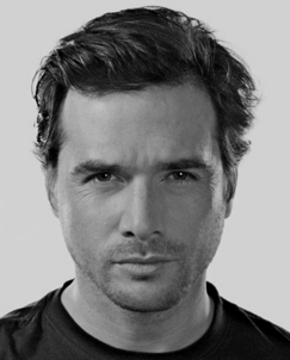 Matthew Settle continues to evolve into a respected actor – stage and screen. Known in households around the world for his work in the cultural phenomenon Gossip Girl (2007) as “Rufus Humphrey”, as well as the celebrated “Capt. Ronald Speirs” from the Emmy and Golden Globe award-winning Band of Brothers (2001), Settle has worked with such notables as Steven Spielberg, Sir David Frost, Jonathan Mostow and Peter Bogdanovich.

Settle recently appeared as the lead character, “Billy Flynn”, in Broadway’s “Chicago” for 64 acclaimed performances. He was nominated for a teen choice award for his role in Gossip Girl (2007) and shares an award with Steven Spielberg for his portrayal as the lead “Jacob Wheeler” in TNT’s Emmy award-winning mini-series, Into the West (2005). Settle’s career has taken him on an informative journey through more than 30 countries, and has afforded him the opportunity to play a rich diversity of roles for nearly 20 years. Since living between Rome, London, and Los Angeles, Settle spends the majority of his time in New York.

THE MYSTERY OF NATALIE WOOD